WhereScape provides design automation to some of the world’s largest and most complex data platforms. The latest release of WhereScape 3D further improves the User Interface (UI), the templating options, and delivers significant enhancements and value to the DataOps community.

WhereScape 3D 8.6.8 continues to show off the benefits of our investment in product infrastructure: delivering improvements and adapting to new technologies faster.

WhereScape announces the release of 3D 8.6.8, our best-in-breed design and modeling tool for data projects, including data warehouses, lakes, marts, vaults, and almost anything else!

The 3D product was built to automate the common tasks of going from source systems and logical models to complete data warehouses through model conversion rules. Once the source models are tagged (business keys, PPI, obsolete data, or anything else), the model conversion rules create load tables, the data foundation, and the presentation layer (such as business vaults or star schemas). Automation ensures that the design process is consistent, repeatable, documented, and the knowledge isn’t confined within one person’s head.

WhereScape has spent considerable time building the 3D infrastructure in such a way that these rules, as well as any GUI customizations, rule changes, or process flows, can all be externalized. That means that when new functionality (such as multi-active satellites in a Data Vault 2.0 model) is announced, we can quickly update our Enablement Packs and deliver that functionality to our users.

There are quite a few specific enhancements in 3D 8.6.8 as well:

There are quite a few other updates!  You can check them out on our customer support page: https://www1.wherescape.com/support/software-downloads-documentation 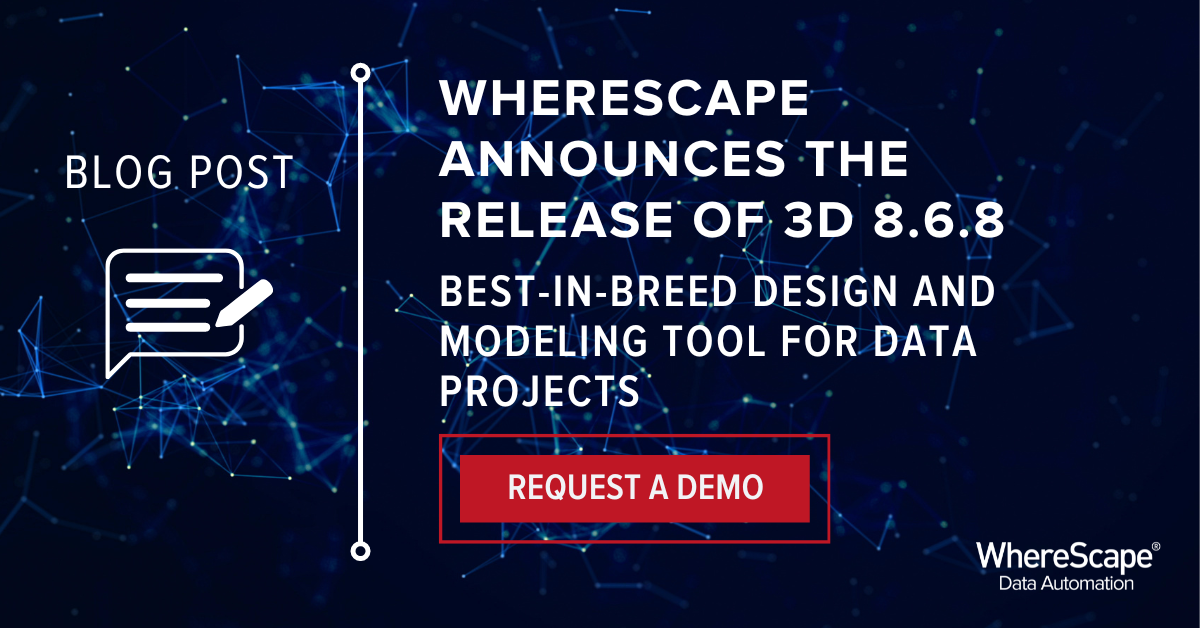