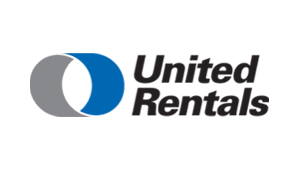 United Rentals, Inc. is the largest equipment rental company in the world, with an integrated network of 1,029 rental locations in 49 states and every Canadian province. The company’s approximately 14,900 employees serve construction and industrial customers, utilities, municipalities, homeowners and others.

United Rentals was using IBM InfoSphere to support ELT (extract, load and transfer) by loading data into a landing area where stored procedures were written, which then loaded the data into a Teradata data warehouse. These initial data warehouse development efforts, while successful, proved too expensive and cumbersome.

The company was also experiencing performance issues with its legacy system, which provided summarized cubes (instead of transaction-level data). Hundreds of the cubes were not integrated.

As the company’s data volumes grew, its Teradata data warehouse was increasingly critical to providing timely data analysis and reports. The rental giant knew it needed to improve its current analytics and reporting capabilities as well as introduce automation that would eliminate much of the labor-intensive hand-coding of its Teradata enterprise data warehouse.

We estimate the development lifecycle is 20-25% of what it was previously when we were hand coding.