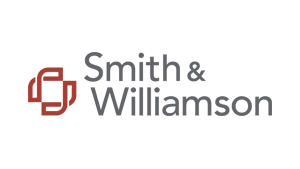 Smith & Williamson is an independently owned, professional and financial services group and is one of the top ten largest firms of accountants in the UK.

With a small IT development team, Smith & Williamson had provided data to the business from its legacy UNIX system by writing a series of COBOL programs. Each business request required a substantial amount of development time and user testing, and ultimately resulted in several weeks’ response time to a request. Additionally, given the difficulty in using packaged business-intelligence tools with legacy systems, the business resorted to self-service, creating many different spreadsheets and Microsoft Access databases to guide business decisions. None of these options provided a single version of trusted data for the organization.

As part of an IT landscape modernization program, Smith & Williamson selected WhereScape to automate the design, development, deployment and operation of a new Microsoft SQL Server data warehouse and facilitate a migration from the legacy platform. WhereScape® RED was chosen to accelerate delivery and reduce costs surrounding the project.

Through iterative development, WhereScape automation helped Smith & Williamson to deliver in three weeks what would have taken several months using a traditional approach reliant on hand-coding. As well as reducing the time it took to formulate reports, the data warehouse improved data lineage, traceability and documentation.

I have been involved in a number of data warehouse and ETL projects in the past and this was by far the quickest and most straightforward I have encountered. I am delighted we opted to work with WhereScape.

Read the full story behind Smith & Williamson’s use of WhereScape automation.