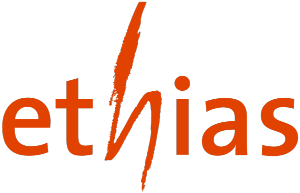 Ethias is the fourth-largest Belgian insurance company, founded over 100 years ago. Today it insures over a million private companies and individuals. NRB is a Belgian IT company that is 68% owned by Ethias and hires 3,200 people.

When the Ethias team tried to modernise its data ecosystem and adopt Agile methodologies, its legacy data warehouse and manual ETL tools severely hindered progress. Hand coding limited staff productivity while the technical experience required meant the team could not be grown quickly or cost-effectively.

Ethias invited several software vendors for proof-of-concept sessions, then chose WhereScape due to its high level of automation in the development process.

The long-term aim was to use WhereScape to create a new overarching data ecosystem that could fulfil Ethias’ digital ambitions. However, first the NRB data team that Ethias has put in charge of the Ethias project needed to win the confidence and investment of the business. So, they started using WhereScape in a smaller-scale project to demonstrate that it could be trusted with the company-wide plan.

In the first year, as planned, WhereScape proved it could be trusted as the foundation for the larger project. The first tasks were completed with huge savings in cost and time, while technical improvements were made to the infrastructure to increase the speed and frequency of data delivery.

With the value of WhereScape demonstrated to the business, the NRB team was trusted to hire new staff. “We started to make the team bigger and bigger. At the beginning we were four, and now we are 18 on the data team, with 15 using WhereScape. If you know SQL, you can be integrated into the team in a few weeks. That’s an advantage of WhereScape – the scalability,” said Jonathan.

“Building a Data Vault is possible with hand coding ETL, but we wanted to move quicker so we chose WhereScape. If you want to build a Data Vault by hand there is a lot of maintenance work to do and it’s really costly because it’s a manual operation to adapt the code and to fix issues. With WhereScape the Data Vault is harmonised and standardised. It is more robust than with manual tools.”