"With software sales up 66% on the year to February and a record quarter on the horizon, WhereScape reconsiders listing." (NBR Article) 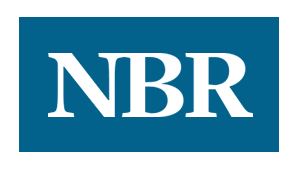 Data warehousing business WhereScape will reconsider going public from next month after being put off last year by the plethora of growth companies listing. The Auckland-based company made noises about listing last year – with an offer reportedly at $40 million – but backed out because the timing was not right.WhereScape chief executive Michael Whitehead tells NBR ONLINE there were just too many companies listing at once, especially tech companies, so did not want to be squeezed out.

"We’re profitable and growing and we don’t have an urgent need to list, so we can be flexible in terms of timing"

However, the company does want to go public at some point to give it more liquidity and greater credibility with potential overseas customers, and will reassess listing on the NZX main board at the end of this month after the close of its financial year, which Mr. Whitehead says is its best since starting up 12 years ago.

“The risk with being privately held is questions about the business cannot be so transparently and easily answered. It gives us more credibility to be listed, when financial records must be made public and potential customers know we’re being held to account by strict NZX rules,” Mr. Whitehead says.

WhereScape’s February quarter was its best ever, says Mr. Whitehead, with revenue hitting the $8.4 million mark. A record December contributed more than $3 million to the quarter, with software sale growth up almost 40% on the previous December. Software sales were up 66% on the year to February on last year’s figures.

Increasing use of big data means businesses not using it will become disadvantaged, and this will help the WhereScape’s expansion – particularly in the US, where it recently signed on a number of health insurance providers, Mr. Whitehead says.

WhereScape has about 700 customers in 15 countries, including Spark New Zealand, Vodafone, Volvo, and UK retail giants Tesco and Sainsbury’s.

The company’s growth has been spurred along by the government’s Callaghan Innovation, which recently gave it $900,000 to spend on research and development over the next three years. The company spends 15% of its revenue on R&D costs.

Venture capitalist Pioneer Capital have also plugged in two lots of capital; it invested about $10 million for 36% ownership in November 2013, and then lifted its stake to 43% in December last year. Mr. Whitehead owns 45% of the company, personally and through WhereScape Nominee.

The company has recently opened a Wellington office with four staff. It also has offices in Auckland, Reading, Portland and Singapore, and has employees in Belgium to work throughout mainland Europe.