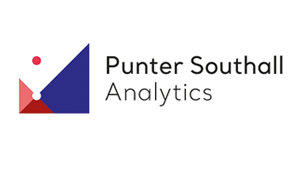 PSA needed an automation tool to create infrastructures, lineage and documentation, and for the change management of such complex, dependent structures containing sensitive data. The company also needed an agnostic tool that would fit around its existing, bespoke infrastructure.

PSA had a specific list of questions that needed answering in a proof of concept trial:

Steven chose WhereScape because he already knew what the software can do. Like many new WhereScape customers, the champion behind the initiative had used WhereScape with such success at a previous employer that they wanted to replicate this again at their new company.

PSA can now create a bespoke data warehouse, using ingested data, 12x faster with WhereScape automation than they could with hand-coding.

After WhereScape had proved its worth in building and maintaining data warehouses, Steven discovered a new tool had been added since he last used the software. WhereScape 3D allows data architectures to be designed, prototyped and shown to business users before the build takes place, saving potentially weeks of work done in error.

With WhereScape, I can get a data warehouse up and running with lineage and all the other good stuff in a week or two.