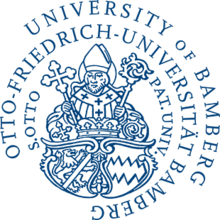 The University of Bamberg Masters Data Automation with WhereScape

The University of Bamberg heavily relied on a custom-designed data warehouse meta-modelling tool and the knowledge of one individual for its data warehousing needs. This worked to an extent, but as the data ecosystem grew, the university required a scalable, sustainable solution that would allow others to join the data team and create their own standardised architectures.

Carsten Jürck, BI Consultant at the University of Bamberg, met the WhereScape team at a TDWI conference a few years ago and what he discovered about Data Automation software that day made a permanent impression. He invited WhereScape for a remote proof of concept and also had a session with Data Vault Builder, but chose WhereScape as the higher-functioning, more versatile tool.

As requested, the WhereScape team designed and built a Raw Vault, Business Vault, and Star Schema with the university’s own data in four days. This showed Carsten how much is achievable with the tool in a short space of time, and the potential that automation holds for his future team.

However, the WhereScape architects recommended using dimensional modelling for now, with a switch to Data Vault a possibility if needed further down the line.

With an automated architecture, a switch in modelling style is much more straightforward, even a switch to data vault given WhereScape’s out-of-the-box, best-practice templates.

This advice demonstrates WhereScape’s position as a trusted advisor rather than a mere software vendor. A company that only sells data vault solutions may have advised differently, but because WhereScape is equally effective with any modelling style or target platform, its architects can give impartial advice that suits the needs of the individual customer, and this naturally builds trust and long-term relationships.

The platform-agnostic nature of WhereScape appealed to Carsten, as did its automated documentation feature. The software perfectly matches the University of Bamberg’s desire to employ agile methodologies and quickly scale its infrastructure in a standardised manner.

Now WhereScape will enable the University of Bamberg’s growing team to dramatically accelerate the development and maintenance of new data solutions dramatically so they can quickly feed the right data to the business.

“I was impressed with the capabilities of WhereScape and the speed at which it worked. The staff and the turnaround time of the problem solving during the POC were very impressive. After a complex start due to modelling rules, very fast progress was made throughout the POC.”