My 20-Year Journey to Data Automation at Keytrade Bank Webcast 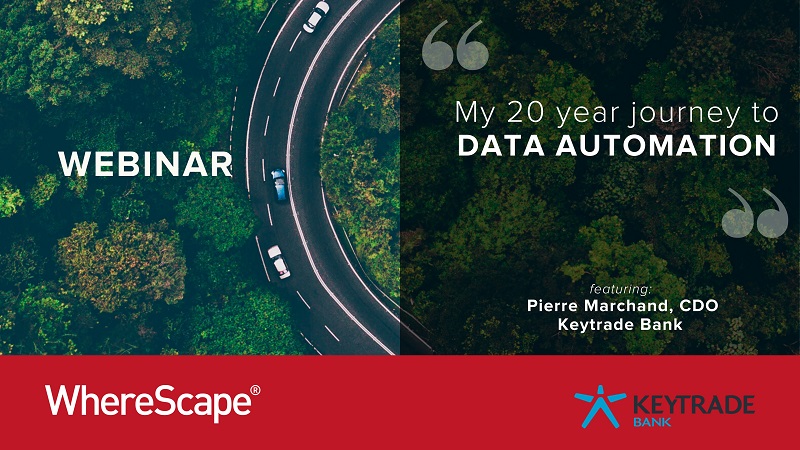 Keytrade Bank CDO Pierre Marchand had a 20-year journey from student in Canada to C-level in Belgium. His mission was to use Data Automation to change the way developers work by eradicating repetitive manual tasks and focus on using accurate data for growth.

During that time, Pierre worked through each role in the onboarding process. First he was a developer who could see how automation would make his life easier and allow him to do more with less but was not given access to it. Then he was a manager whose request for automation were turned down, and now he is finally in the position to give the green light and lead a Data Automation initiative.

Keytrade has now launched automation initiative to modernise its data warehouse and use DataOps to:

Keytrade Bank started out as the first Belgian online broker when it was founded in 1998. Today it is a full-fledged digital bank, part of the Crédit Mutuel Arkéa group.