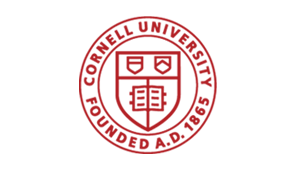 Founded in 1865, Cornell is a privately endowed research university and a partner of the State University of New York. Ranked in the top one percent of universities in the world, Cornell is made up of 14 colleges and schools serving roughly 22,000 students.

Cornell was using IBM Cognos Data Manager to transform and merge data into an Oracle data warehouse. When IBM announced support for the product would be discontinued, the university knew it needed a new solution. In addition to seeking an alternative way to format data into dimensional models and perform the data transformations, Cornell also wanted an open, metadata-based solution for data lineage-type extractions for analytics and reporting.

As part of a proof of concept, Cornell used WhereScape® RED to quickly tackle one of its core data model load processes within its financial data mart.  A success, Cornell then chose WhereScape as its data warehouse automation solution and a replacement for Data Manager.

In addition to migrating subject area data marts from Data Manager to WhereScape RED, Cornell began using WhereScape automation to develop new data marts. One of the first projects was to quickly develop and deploy a new subject area for tracking employee position history from Workday, its human resources system.

We have been very pleased with the automated data integration capabilities and intuitive nature that WhereScape RED provides.